In exchange for a modest fee, artists are supplied with a little sketchbook and a very gentle set of "instructions" ("do not include abrasive materials", "please keep the barcode uncovered").
As the project is based in the United States, I thought it might be appropriate to choose a typically British theme, and as a lot of my smaller sketchbooks record journeys made and refreshment taken along the way, I decided to call this sketchbook "Panad da", meaning "a nice cup of tea".

The original intention  was to make something slightly subversive, but somehow it didn't work out that way.
Tea growing is associated with major problems with human rights and environmental damage, and even "ethical" tea plantations are supporting a monoculture at the expense of biodiversity.  Coffee production has the same problems and also, apparently, uses a vast quantity of water (in regions where water may be scarce). The sketchbook seemed to be an opportunity to highlight some of these issues.  However, it rapidly changed into a record of teabreaks in the studio and journeys around the British Isles. 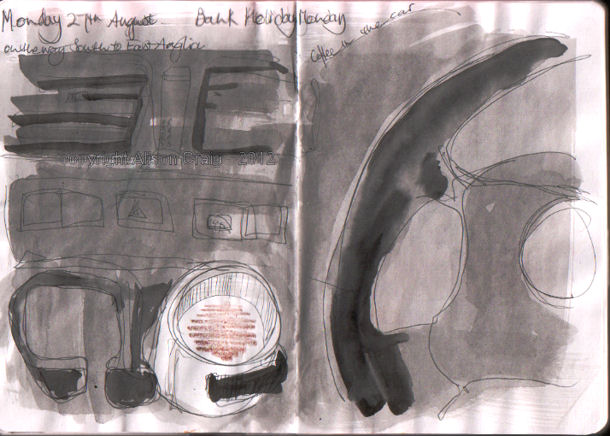 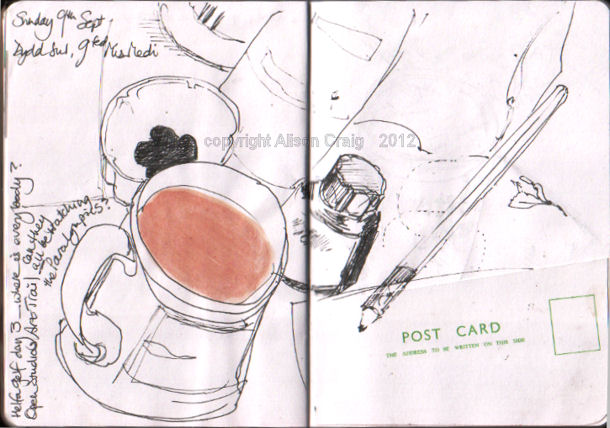 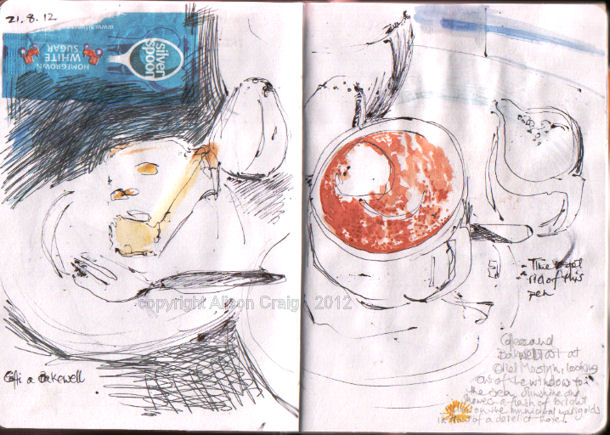 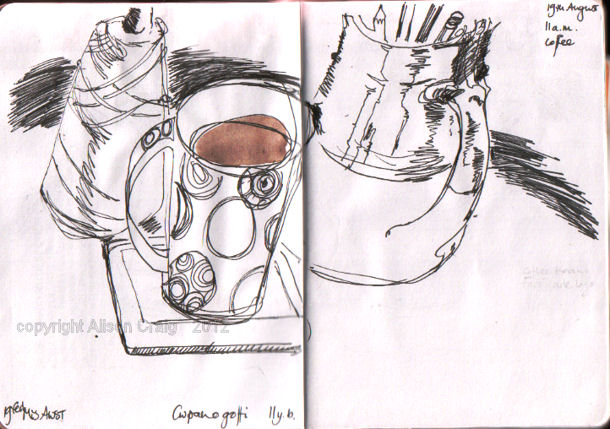 The only reminders of the original idea are a faint pencil note to include the FairTrade logo on one of the first page, and bits of text glued onto the back cover. (But I have included a couple of recipes for making tea & coffee: one from the 1930s includes the addition of salt to the coffee pot.  I'm sure there ought to be an "emoticon" for that....)
I got a bit distracted when I discovered the hard way that the paper isn't designed to take wet media:  an Indian ink wash on one page appeared as a large, dark grey, granular stain on the reverse of the paper.  At this point I realised that any large areas of colour would have to be made with pencil and/or collage, and got a bit carried away... 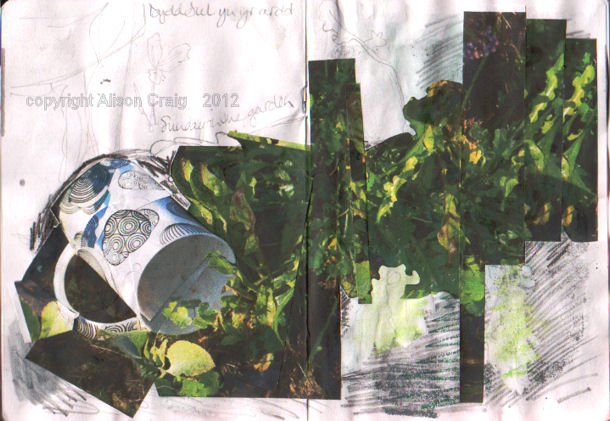 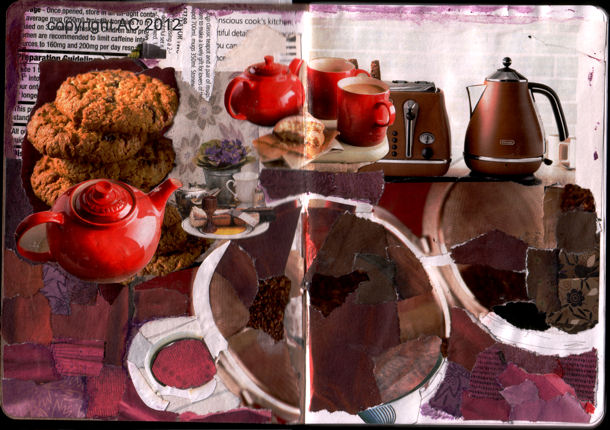 But the thing is now finished, complete with carefully placed coffee stain on the cover, and when it's properly dry - forty-eight hours, according to the instructions - I can post it off to Brooklyn a full two months ahead of schedule. Provided, that is, that the postal services are up and running after Hurricane Sandy.
Labels: drawing journeys sketchbook Sketchbook Project