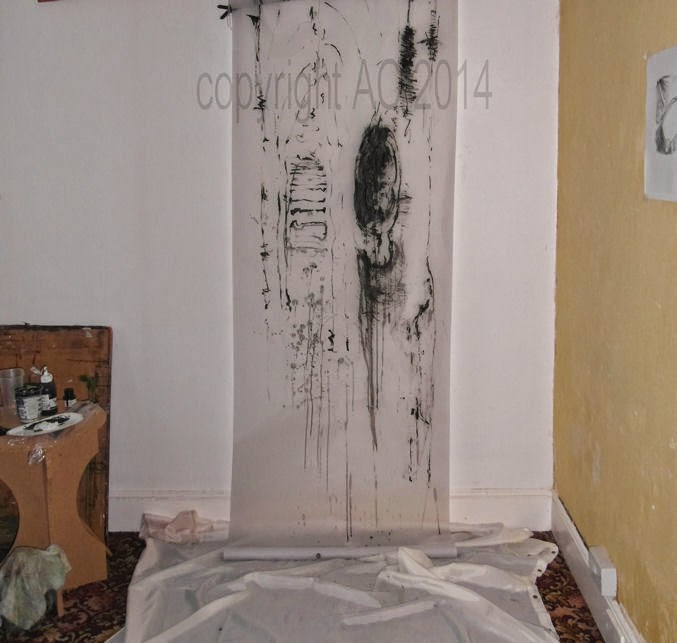 Slightly by default, I ended up being "artist at work" for the Stiwdio Maelor Open Day yesterday.  I offered to work on a drawing during the open day, mainly because I hadn't much work to put on the walls.  It worked out well, as it reduced the pressure on the team of helpers painting the walls (one less room to do); got me back into the swing of working after a time away from the studio, gave the visitors something else to look at, and generated quite a bit of interest in its' own right.  The piece started off as part of the Dyfi Osprey Project/Dovey Junction walking drawing, but - as usual - soon became more to do with the actual process of making, and is probably "about" the Open Day, if its' about anything.  Thank you very much to Veronica Calarco for allowing me space to make the work, and exhibit it in the window of Stiwdio Maelor. 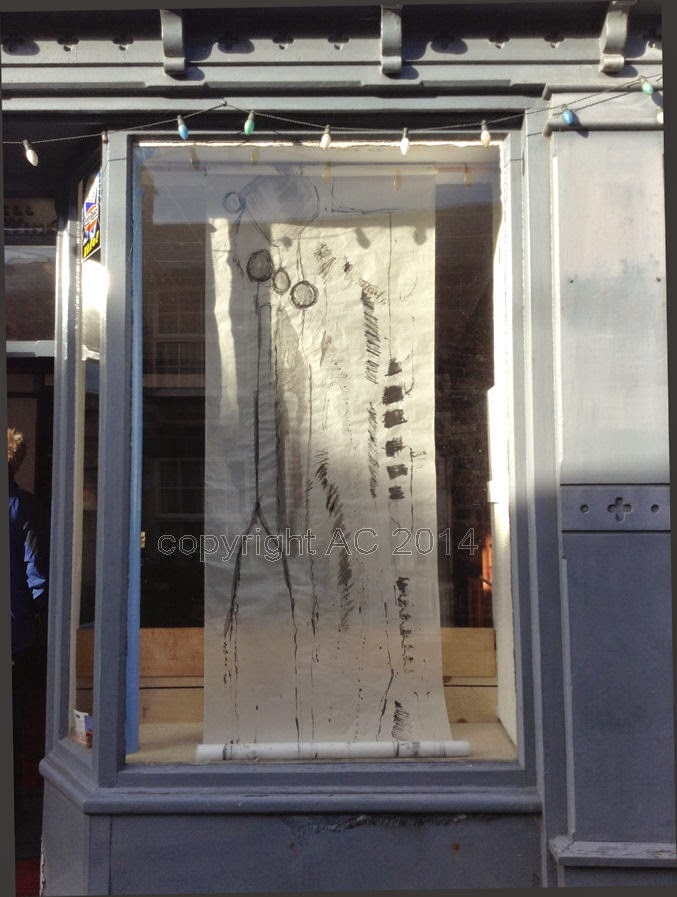